Low-power and lossy networks (LLNs) enable diverse applications integrating many resource-constrained embedded devices, often requiring interconnectivity with existing TCP/IP networks as part of the Internet of Things. But TCP has received little attention in LLNs due to concerns about its overhead and performance, leading to LLN-specific protocols that require specialized gateways for interoperability. We present a systematic study of a well-designed TCP stack in IEEE 802.15.4-based LLNs, based on the TCP protocol logic in FreeBSD. Through careful implementation and extensive experiments, we show that modern low-power sensor platforms are capable of running full-scale TCP and that TCP, counter to common belief, performs well despite the lossy nature of LLNs. By carefully studying the interaction between the transport and link layers, we identify subtle but important modifications to both, achieving TCP goodput within 25% of an upper bound (5–40x higher than prior results) and low-power operation commensurate to CoAP in a practical LLN application scenario. This suggests that a TCP-based transport layer, seamlessly interoperable with existing TCP/IP networks, is viable and performant in LLNs. 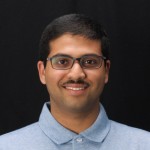